This is a texturizing technique I call “Blathing” as in, “to Blathe”.

Was it worth the miles and hours stuck in traffic to see the eclipse in totality? 100% These videos and photos do not come close to the real thing. Especially, because I had no idea how to shoot an eclipse. It just doesn't come up that often. But it was more than just... 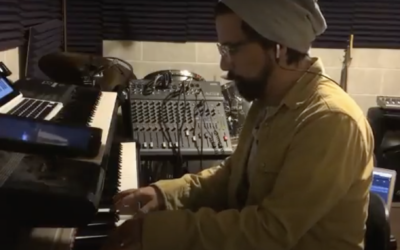 "She's The One" written by Karl Wallinger of World Party. One of the first times I played the song was for my mom's wedding. Now I dedicate it to my wife, Lyndsey Sena that puts up with all my late nights being a musician and doing what I love. Thank you babe. Tom... 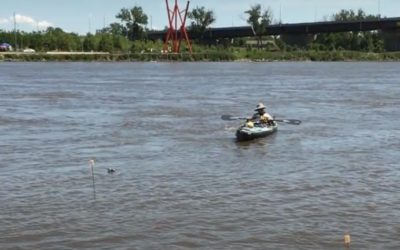 The Adventurer As we were walking the riverfront we came upon a single kayaker coming in to port. Then a few gathered to help bring him in and we discovered we were witnessing the end of a great adventure. Sixty eight year old, John Wetherby from Anchorage, Alaska...

If your client wants to lighten her dark, artificially colored hair, talk to her about highlights.  They might be thinking they want an all-over color and/or have had disastrous results in the past.  If they haven’t had a nice subtle highlight before they might think you are talking about putting blonde stripes in their dark hair.  Assure them you won’t give her really light highlights and because of that they will blend nicely with her dark hair to give an overall softer look.  AND you can do it without it looking brassy.

She had a level 2 neutral (almost black) artificially colored hair with 3/4 inch of natural outgrowth (natural 2.5 with 5% gray)

Something lighter and softer without brassiness.

Stylists don’t take time to really consult with clients about past experiences and what they are wanting.  You will often hear clues to what problems might have happened in the past or why they believe something that you know may not be true.  Magazines and stylists have passed along a lot of misinformation.  Also educating your client about what you know you can do and why it will be better.  But don’t use absolutes like, “always” or “never”.  Every head of hair is different and will react differently in every different condition.  Explain it’s a “process” and that you will work together through it.  Making them feel comfortable about you and what you are doing.  They are usually scared.  It’s understandable.  Let them know you know that, it’s ok and you’re on their team.

For this look you need to weave fine pieces to help you lift lighter.  Chunkier pieces are resistant to lifting because there will be hair in the middle of the chunky pieces that don’t lift.  Also, chunky can end up looking like stripes.  Fine pieces help you lift lighter than the target color you will eventually be toning to.  Doing this will help you eliminate the remaining warmth (brass).

A lot of stylists rinse toner off very quickly.  I believe if you are rinsing it quickly then you are using the wrong toner.  I understand time is money but if you don’t use the right color (and level) and processes it at least 15 to 20 minutes minimum, it’s going to fade out too fast.  I also think you will get a truer tone for a better looking color.  Plus it’s easier to duplicate when they come back in.

ALWAYS finish (style) your clients so they walk out looking and feeling amazing (even if they’re going home to do laundry.  Doing the laundry isn’t as bad when you look great.

This was the first time I met her or did her hair.  She posted this on social media later that week.  Happy clients are priceless! 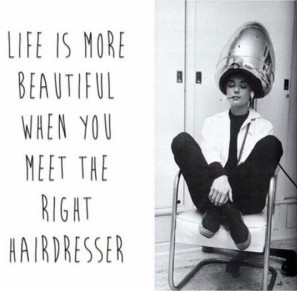 and the right clients 🙂

Was it worth the miles and hours stuck in traffic to see the eclipse in totality? 100% These videos and photos do not come close to the real thing. Especially, because I had no idea how to shoot an eclipse. It just doesn't come up that often. But it was more than just...

"She's The One" written by Karl Wallinger of World Party. One of the first times I played the song was for my mom's wedding. Now I dedicate it to my wife, Lyndsey Sena that puts up with all my late nights being a musician and doing what I love. Thank you babe. Tom...

The Adventurer As we were walking the riverfront we came upon a single kayaker coming in to port. Then a few gathered to help bring him in and we discovered we were witnessing the end of a great adventure. Sixty eight year old, John Wetherby from Anchorage, Alaska...

We bid farewell and good luck to our front desk guy, Dylan last week. Dylan Hartnett had been with T’eez for over 6 years. He recently graduated from UNO and took a job in his field of study with Methodist College in marketing/social media.
It was a warm summer morning years ago the day I found him pouring coffee at my favorite breakfast cafe, Vidlak’s. Actually, he found me. I had given a different server my card and told him to come apply if he ever considered working in a salon. The truth is, I’d hire any of Vidlak’s servers because they have the magic touch at employing hard working, nice people which is largely why I love that place. Anyway, that server happened to be Dylan’s boyfriend at the time and a few minutes later Dylan came out (no pun intended…who am I kidding, yes it was!) and said hey my boyfriend isn’t interested but I’d LOVE to work at T’eez! So that’s how it began.

If you have been in T’eez the past 6 years, you’ve probably met him and been impressed one way or another. You don’t cross paths with Dylan without remembering him. He’s loud, ridiculous, funny, crazy, over the top and at times a handful but I tell you what, he can tell you any client’s name, what their kids are up to, where they’ve been on vacation, what’s their zodiac sign, who’s their favorite Real Housewife and a whole lot more. He loved all of our clients and they loved him. I got a front row seat at the Dylan show everyday and I loved every minute of it. No matter what kind of day he might have been having behind the scenes, he never missed a beat being welcoming, complimentary and friendly with our clients.

He developed a brother/sister relationship with the sylists. You know how you’ve never wanted to kill your brother right? I did my share of refereeing but at the end of the day they often went out together and I’d hear their stories (not all the stories) the next day.

Dylan lost his beautiful, sweet mother to cancer pretty early on at T’eez. I only had the chance to meet her a few times but it’s easy to see that she shined bright in Dylan’s life and personality. I think she always let him be who he wanted to be and she loved him dearly. Dylan’s dad and siblings make it obvious that he’s had a very open and loving upbringing.

He made no secret that he looked at me like as a surrogate father, of sorts, not only because of my nurturing and sage advice. No, it was this sit/com he always had rolling in his head, staring him and me. Well, him and everyone else. For my part, he told me we would be at an award show, on stage together, accepting an award as father and son and then my real son, Eon would walk in, see this and freak out. More than his desire to be my son, I think he just wanted to see the look on Eon’s face and then hear the crowd roar. This and so many more scenarios came to be known in Dylan’s running Reality Show/ Sitcom.

The front desk and management was taken on by Brooke quite a while ago while Dylan finished up school and she has quickly become our go to gal for all questions and answers. She’s mature beyond her years and besides being hard working and reliable she is eager to please our clients and keep them happy. She is complimented with our other 2 star desk workers, Becca (Dylan’s BFF) and our new addition, Marti. I mean there’s 2 of them….not that they’re only 2 star. They are at least 4 star. Welcome Marti! By the way, ask Marti anything about cheese. (She was formerly the “Cheese Wiz” at HyVee)
You may still see Dylan from time to time as he will still work special events for us as time permits.

Dylan was a bright (and really loud) light that couldn’t be missed at T’eez while he was here, but will surely be missed now that he is gone. We thank him and wish him the very best and I know our clients do as well. Enjoy this short video of The Kid in action.
If you wish to leave him your well wishes or favorite moment with Dylan please leave your comments below.