Oh Donald, you ol silly racist you. On the record.

I try very hard not to be publicly political.  I do try hard to live by my politics instead.  But I also live and work in a state that does not align politically with me.  I know and respect many people on the other side of the isle.  But this is not about politics or policies.  It’s gotten too personal and has gone on too long for me to stay silent.  Shame on me for waiting so long.

I guess if there was ever a chance, which there wasn’t, I would say Donald lost me when he first made his racist remarks about Mexicans. I’d like to think he’d have lost me by being racist about anyone. But full disclosure: I’m Mexican.  Yep, I’m one of those. No wait let me say it like full on say it.  I’m a Mexican.  Ya, there it is.  I’m not just of Mexican decent.  No, no, let me say it like I mean it…. “I’m a Mexican”.  Ya baby let that sink in.  Yes, I know you thought I was Italian or just tanned easily but no, I’m a Mexican.  As some white people have pointed out with a tone of encouragement, “You’re Mexican?  Hmm, you don’t really look it….I mean….”.  Oh, thank you.  Now, let me be clear from the start…. most white people that know I’m Mexican are just fine with it.  No biggie.  My mom is white as the new driven snow. Irish/anglo.  She gave me green eyes and a slight bump on the “exposure photo filter” if you know what I mean.  Though not 100% Irish, she identifies as Irish.  Not unlike the way I feel I’m Mexican.  I’m more Mexican than anything else.  But my mom, the lassie fell for some South O Mexican back in the day and there you have it. My Dad was full blooded Mexican as in yes, he even looked Mexican. He worked hard to lose his accent by the time he was an adult. Very hard.  He was a loving, attentive father for the most part.  Oh sure he was a little old school and beat my ass a few times too much for my liking but by the standards of those days nothing to report.  He worked hard at everything. Not your “typical lazy free loading Mexican” thank god!  No, he wanted very much to be as American as I am.  No accent, no past, just another west Omaha suburbanite.  And that’s what he became.  Kind of.  No one would ever hear him speak Spanish except at gramma and grampa’s house.  On occasion if we ran across a Mexican waiter for instance, he would speak Spanish to him or her to make them feel comfortable but it was rare.  He never spoke it to us kids even though he knew we thought it was cool.  I never really realized what that was all about until I grew up and saw how the world worked and how a lot of Americans looked at Mexicans.  I experienced a few racial incidents growing up that slapped me cold in my Mexican face, but it was such a rare occurrence, it seemed more of a novelty.  I just shrugged it off or even laughed at how silly it seemed.  “You’re acting racist to me?  Have you seen my mom?  Hell, I lived on 128th, I went to St Roberts!”  But eventually you do learn.  And here’s another thing I’ve realized.  The older I get, the more Mexican I feel.  I’ve talked to other people of various ethnicities that feel the same way.  I guess a lot of parents that busted their ass to get here usually tried to get their kids to be as “American” or white acting as possible.  Some do a good balance of continuing their cultures but others are happy to leave that all behind.  I’m sure they just wanted the best for their kids.  I regret not learning Spanish.  I’ve always wanted to speak it fluently.  I love going to Mexico and being surrounded by Spanish speaking Mexicans.  I can fake it a little but it’s embarrassingly bad.  And yet I love it.  There is something that pulls on me.  It always has.  I didn’t get it until years later.

My dad had always told us a bogus story about how he was born in Kansas shortly after he, his parents and little sister had moved here.  He stuck to this story till the day he died.  But I always felt there was something off.  I don’t know how I knew but I swear I always did.  His story was told to us as the gospel truth.  Even mom was in on it.  We didn’t learn the truth until he was practically on his death bed.  Too late for chats to edify the story.  Unfortunately, most of the truth died with him.  We don’t know much about it.  Just some patchy details mom can recall my gramma telling her years ago.  As little as we know, the story we can imagine was horrific and harrowing at best.  As secretive and horrible as the story of their crossing was, we always knew they had moved around the midwest as migrant farmers for some years before settling here in Omaha.  Extremely poor and fighting for their existence, you can guess the rest.  Not pretty.  But it’s amazing how very little we ever heard about any of this.  Dad never complained or talked about it except occasionally letting us know that he came from nothing but love.  His mother so loved him and he loved and respected her with everything that he was.  His biological father, Pedro Sena died not long after they got to the US.  My dad was very young.  My gramma remarried George Hernandez Negrete, who was no better off but did a wonderful job helping to raise the kids and serving as the only grampa we ever knew on Dad’s side.  He was strong, quiet and spoke virtually no English but seemed to understand us just fine.  Of course, gramma rarely let him get a word in anyway.  She spoke Spanglish well and would translate for him whether he wanted or not.  We loved and respected them to no end.   A typically ethnic gramma’s house.  They stayed in south O and lived very meager lives.  She worked at the Campbell Soup plant and he worked in the UP rail yard until retirement.  But you couldn’t get out of her house without getting fed, nor would you ever want to.  The smell of cumin will forever send me straight back there.  My mouth still waters at the thought.  “Ohhh hijo!” she would say.  Just sit down.”  She would roll out tortillas with an old metal pipe and flip them back and forth on an iron plate over gas flame with her bare hands.  I can cry thinking about how perfect her tortillas were.  Don’t get me started about her food.  She would love on you like she’d never see you again.  Then in junior high came the day I would never see her again.  She died just days before she and grampa Negrete were going to be sworn in as US citizens.  They had done all the work, come so far for so long and against their biggest fears had studied hard to finally become legal citizens.  Grampa, with everyone’s encouragement went ahead and became a US citizen without her.  The family petitioned to grant her citizenship posthumously but was denied.  For my grampa’s lonely effort, the Omaha World Herald did a piece on their bittersweet story.  George Hernandez Negrete would die a US citizen not long after.   Years later when I had my own daughter I would use my gramma’s name as her middle name.  Claire Bacilia Sena.  Oh god there goes the water works.

It’s funny, I actually try to get my kids to feel they are Mexican.  I want that.  Just the opposite of my dad’s experience.  I don’t have to fear they will be looked at as inferior because the sad truth is they don’t really look that Mexican.  They’re even lighter than me.  That’s hard for me to say.  Not about how they look but about how it works.  It cuts right to the heart of racism.  It is the sad reality we live in.  There is a spectrum of racism based on an actual spectrum of color.  It’s that simple and ridiculous.  For all of our advancements we still can’t quite figure that out.

Donald and his supporters will try to tell you he was just talking about criminals, drug dealers, rapists and murders that are also illegal immigrants from Mexico.  But that’s not what he said is it?  No it isn’t.  He referred to illegal Mexicans as criminals, drug dealers, rapists and murders.  That’s what he said.  Do you get that’s an entirely different and RACIST thing?  Not just semantics, not just that one speech and not an accidental slip of the tongue.  This isn’t about political correctness.  He’s racist and he’s doubling down on Muslims.

My dad was an illegal Mexican.  Get it?  He served overseas in the US Navy and paid US taxes his whole life.  FUCK YOU DONALD!  He was more “American” than Donald will ever be.  If you are going to vote for Donald, you are either making a grave mistake or you’re a RACIST.   There, I’ve said it.   As a fellow American I respect your right to disagree with me politically but as a human I do not respect your support of this racist fuck or his behavior.  It’s like you can’t kind of be pregnant.  It’s not kind of racist.  It’s racism.  There is so much more I’d like to say about all of this but you’ll have to wait for the book.  We can argue all night about policies and motivations but at the end of the day, words mean shit and actions mean even more.  WORDS like Donald said, and ACTIONS like VOTING for the guy that said those WORDS. 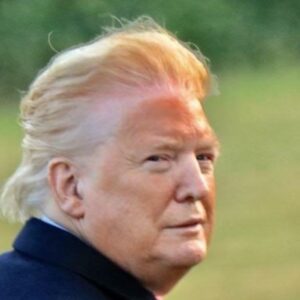 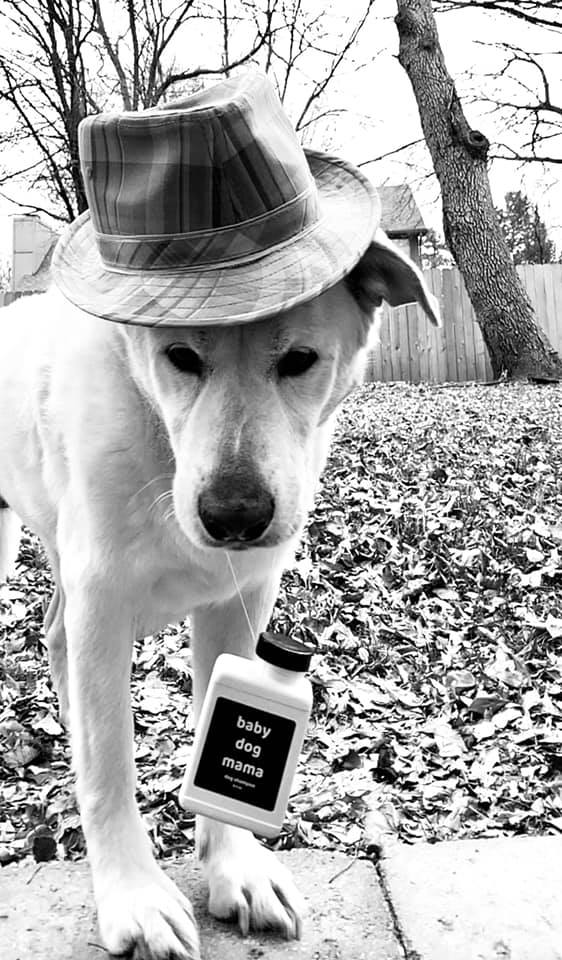 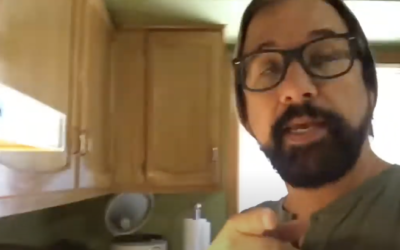